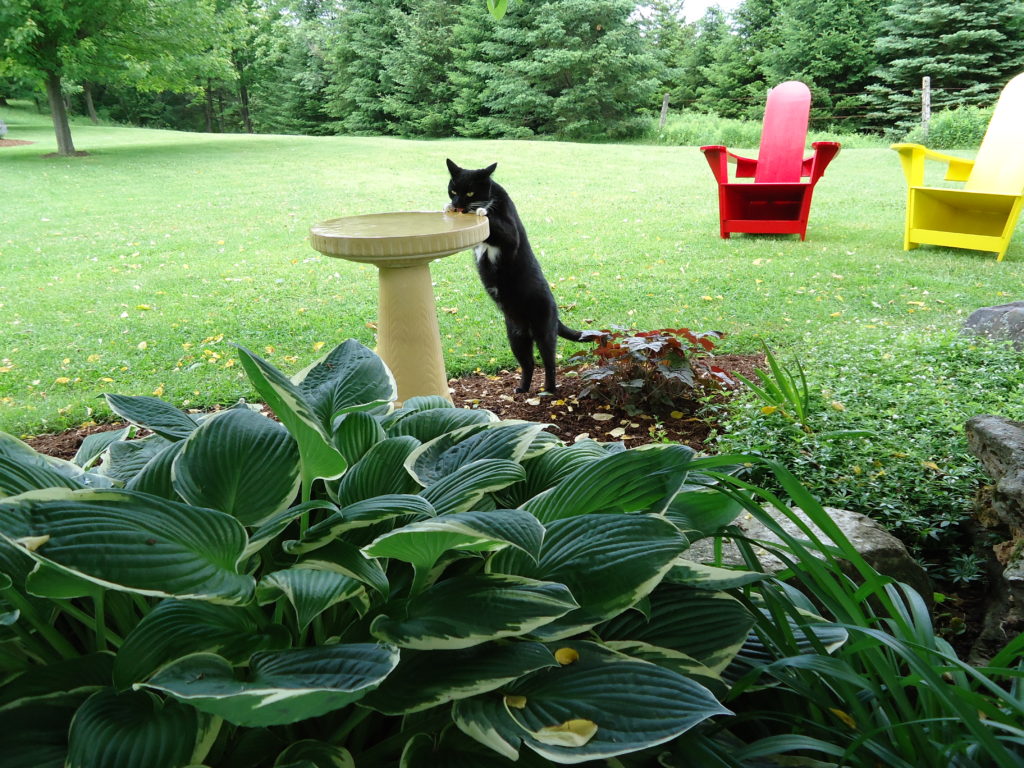 Black Magic (“Magic”) chose us in the summer of 2012 when he arrived at our country property.  After being unclaimed, he became a member of our family.  Magic had a big personality, and a busy agenda each day, beginning with waking the family by racing up and down the stairs.  He loved exploring the outdoors without straying, sunning on the deck, drinking from the birdbath, and going on walks with us.  When he was in for the night, he enjoyed his many toys, spinning around on his scratching pole, and cuddling on our laps. His purring could drown out the television. His greatest feat was learning to play sponge ball soccer, batting the ball back and forth with his human opponent.  Diabetes took him from us far too soon.  Although he was with us for only six years, this beautiful cat will live in our hearts, and be missed, always.